Seriously, HDTV’s and the powerful 7th-generation era consoles have the wonderful PC gaming experience under a serious threat of being … exterminated, or at the very least, reduced to a shell of its former self. 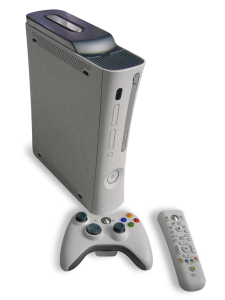 I know I echo the declarations of countless other writers with statements such as these. A couple of points that used to distinguish the PC platform from it’s entertainment center-bound cousin become less and less defined as TV sets get bigger and clearer, and networks get faster and more accessible. This all reinforced by the news that some developers’ recent actions seem to agree.

Many of you know the arguments for the inevitable coup d’etat that awaits PC gamers everywhere—be it the ease of setting up a new game, or the assured ubiquity of these platforms—it seems there are many reasons for PC gamers to fret. However, I propose that surely there are profound reasons to believe that the PC gaming market is not doomed. I’ve heard it said that MMO’s will never be transferable to a console… is that so? Even RTS games are beginning to pop up on consoles.

So I ask: what sells the PC gaming world? Is it freedom from hyper-commercialization that the consoles suffer from? Is it the glorious mouse-keyboard control scheme that can’t quite be replicated by a controller, or is it the PC itself: a virtually organic, constantly changing, evolving companion—open and not bound to one corporate interest that will be the ultimate salvation?

Or is it the fact that I derive some sort of sick pleasure from torturing myself with what I estimate to be at least 300 hours a year spent “troubleshooting” my beloved (read: f*cking peice of sh*t) computer? :)