Last year, during Steam’s holiday sales, Kit told me about a game I’d seen advertised in their store, but up until that point had had little interest in. It was called Audiosurf, a game developed by BestGameEver. From what I knew, it was somewhat of a third cousin to earlier music games seen primarily on consoles, such as Frequency, Amplitude, and to a lesser extent, Guitar Hero.

What I didn’t know was that Audiosurf runs on whatever music file you give it. It’s not like the console music games that have a set number of songs to pick from that are all from one genre. It even goes beyond the “wunderkind” of Rock Band and it’s expanding library of songs that you can get access to for a price. It pretty much gives you a storage space the size of the warehouse in Raiders of the Lost Ark, and says “Fill it with whatever you want, we don’t care.”

This is why I call it the open source music game; the fact that you don’t have to pay for new songs, and can play whatever you damn well please without worry of copyright crap. Hell, the game even tells you how to get songs with DRM on them to play properly and rid yourself of the regulatory noose put over you by online music stores like iTunes.

The goal is to get three or more blocks of the same color touching each other in rows of slots underneath the car. Points are based on the number of blocks touching each other; matching seven blocks gets more points than three. Also, the color of blocks comes into play. Common block colors like purple and blue are worth less than rarer colors like red and yellow. White blocks function differently. You can’t match them together, and they can prevent the matching of other blocks, but if you manage to move a white block to the bottom of one of the rows, They will disappear and reward you with a substantial number of points.

Anyway, the game was on sale for FIVE dollars, rather than the usual TEN dollars, and I jumped for it after trying out the demo. I’d say it’s money well spent.

Audiosurf lets you “ride your music” in two main ways. The first is commonplace in music games, moving shapes (in this case, blocks) that come along to the beat of the music. The second is something not featured in games like Guitar Hero: the road upon which your vehicle drives moves with the music as well, bouncing along to the beat and changing incline/color with song speed. If a song slows down, the road slants upward, turns to a cool color like blue or purple, and your vehicle slows down. At fast parts of a song, the road aims downhill and changes from blue to yellow and red.

This road dynamic can be best visualized by the chart presented upon each selection of music. 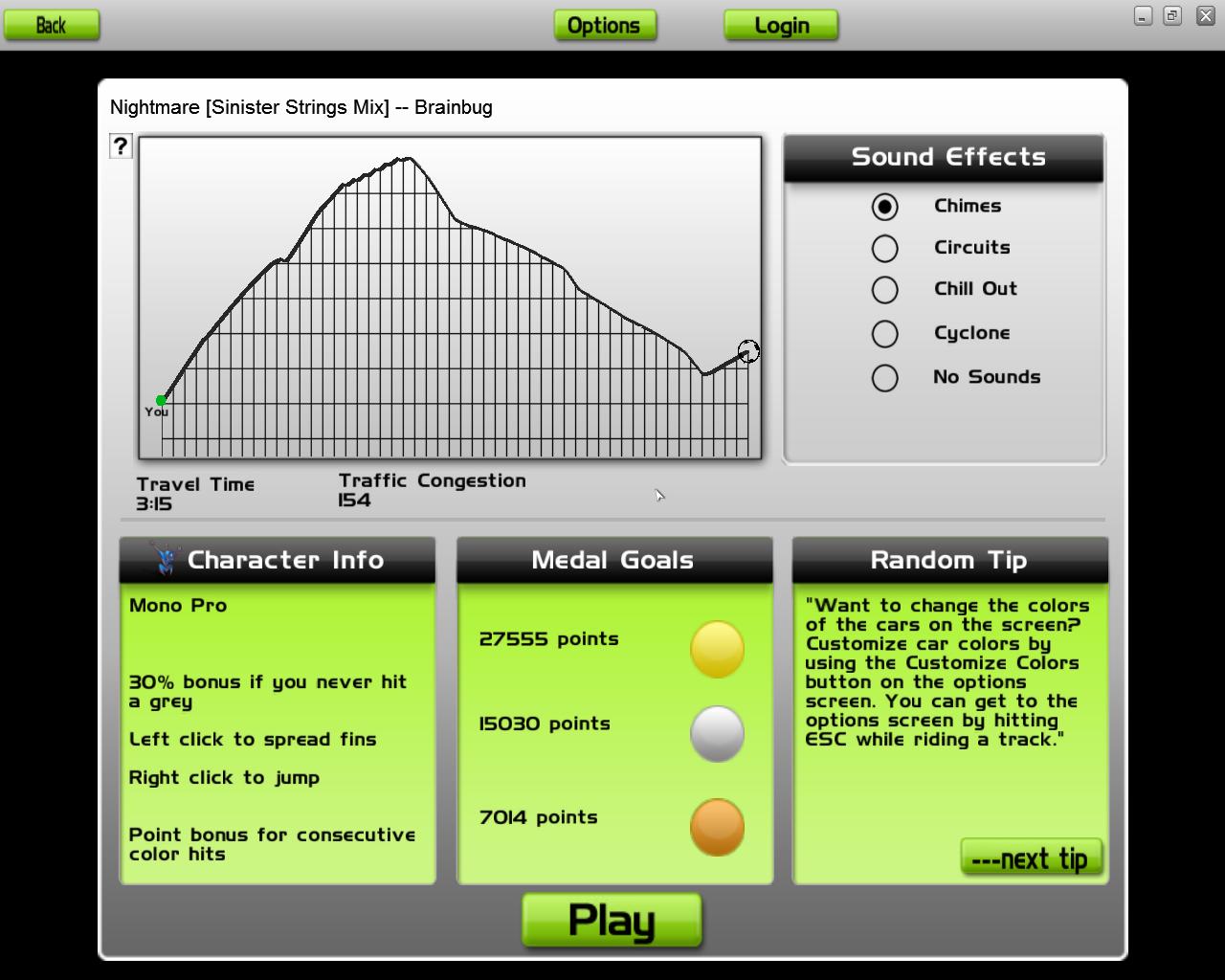 There are several modes and strategies to Audiosurf. Here’s a brief look at some modes:

Pusher Mode: This mode functions like most other modes of play, using the multicolored blocks. The special thing about this mode is that by right-clicking and/or left-clicking, you can “push” blocks as you hit them into an adjacent row of slots. 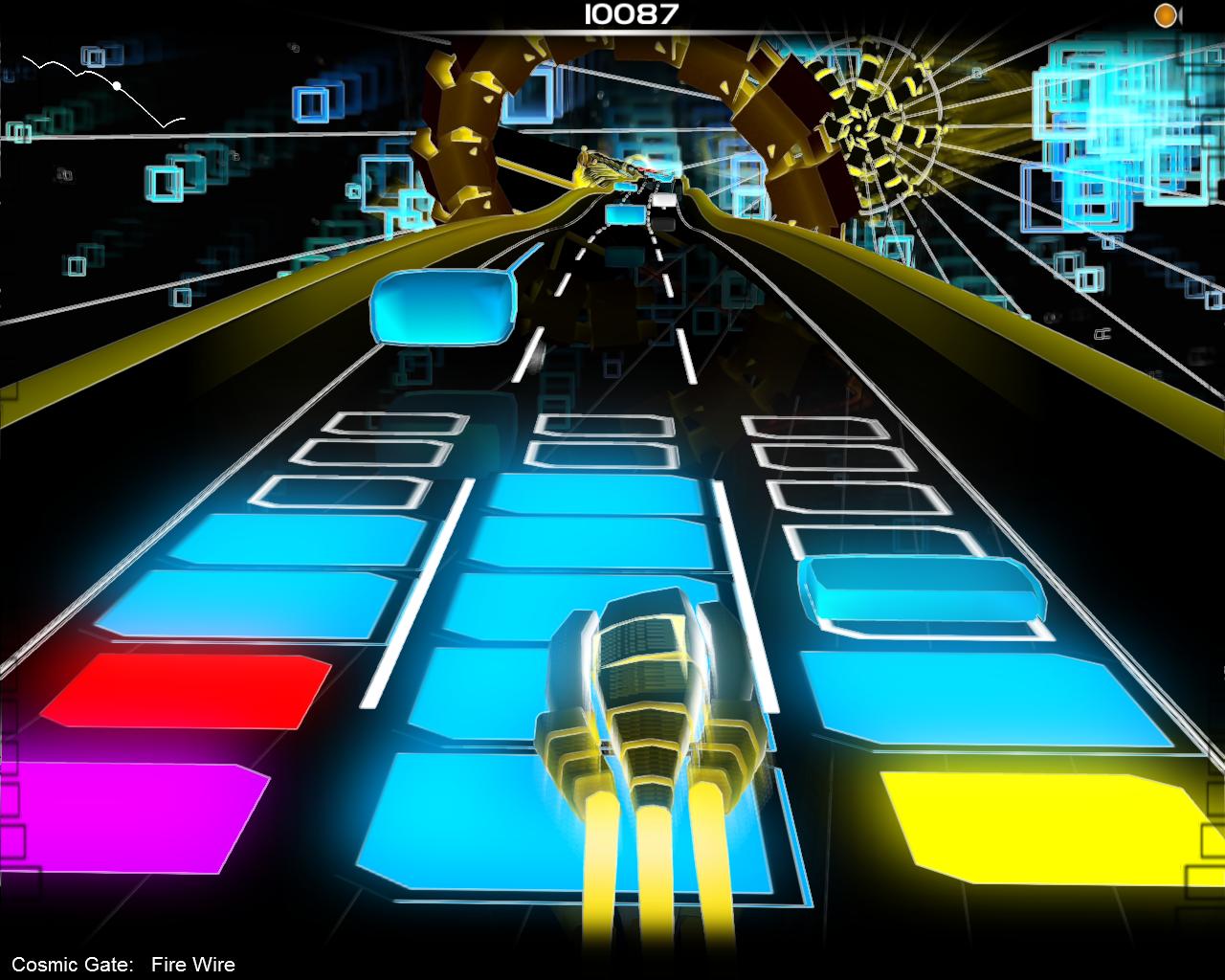 Vegas Mode: In this mode, you cannot direct blocks as you please, but if your slots are filling up with no match in sight, you can move onto the shoulder and wait for a channeled effect that shuffles the blocks around, increasing their chance to match up. 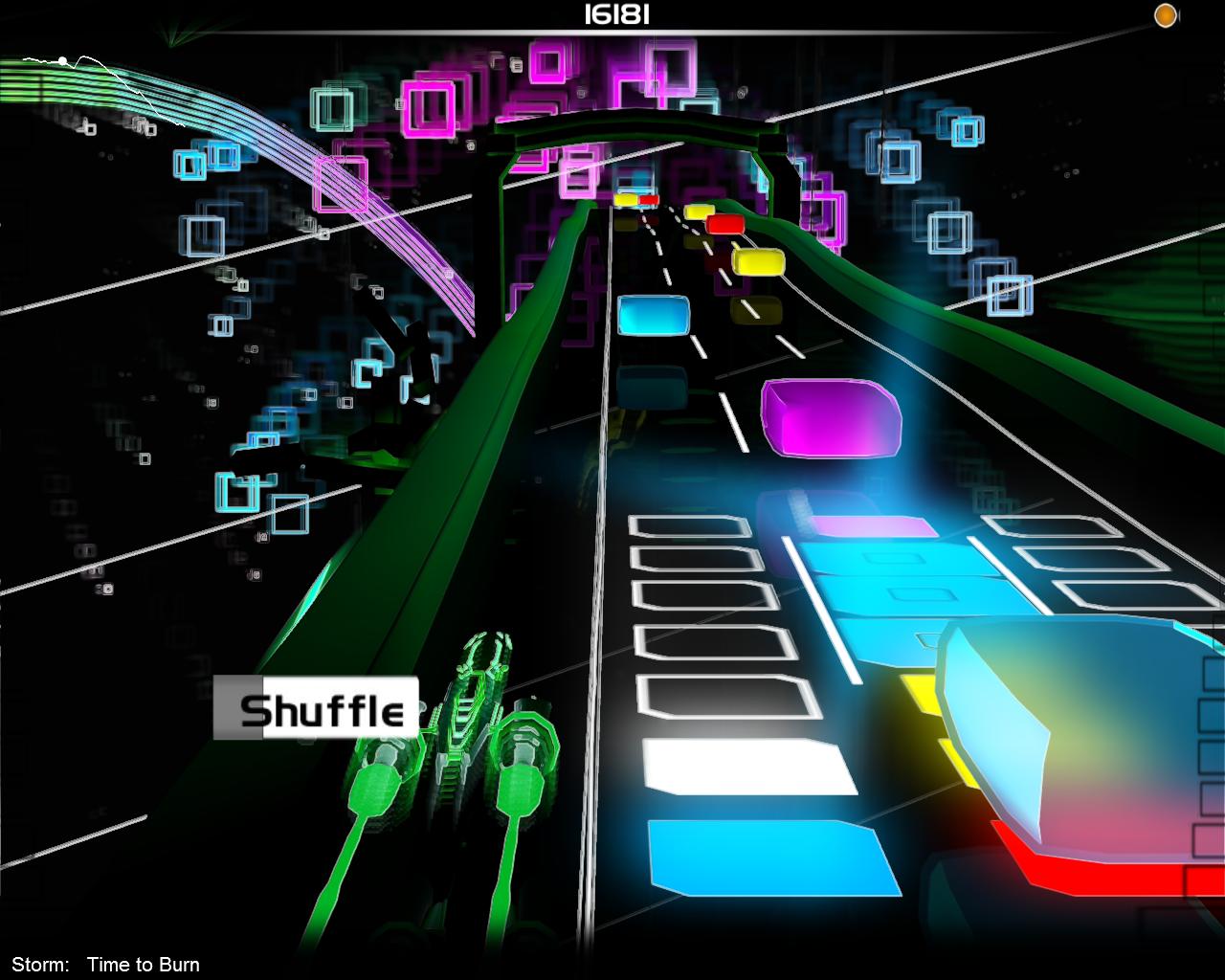 Eraser Mode: By right-clicking** **in this mode, Your car will break through blocks, keeping them from filling in your slots when they aren’t wanted. Note the parallelogram shape that appears above the car while “erasing” blocks.

Mono Mode: This one is the most simple of the modes of play, and is my personal favorite. In this mode there are only two types of blocks: gray blocks and colored blocks. Colored blocks change color with the road, and are all worth the same points. Gray blocks are worth no points, and stack up in your slots for lengthy periods of time until disappearing automatically. However in the higher difficulty setting, they do not and you must remove them by right clicking, docking you seven hundred seventy-seven points. I enjoy this mode for its simple, yet fast-paced gameplay. 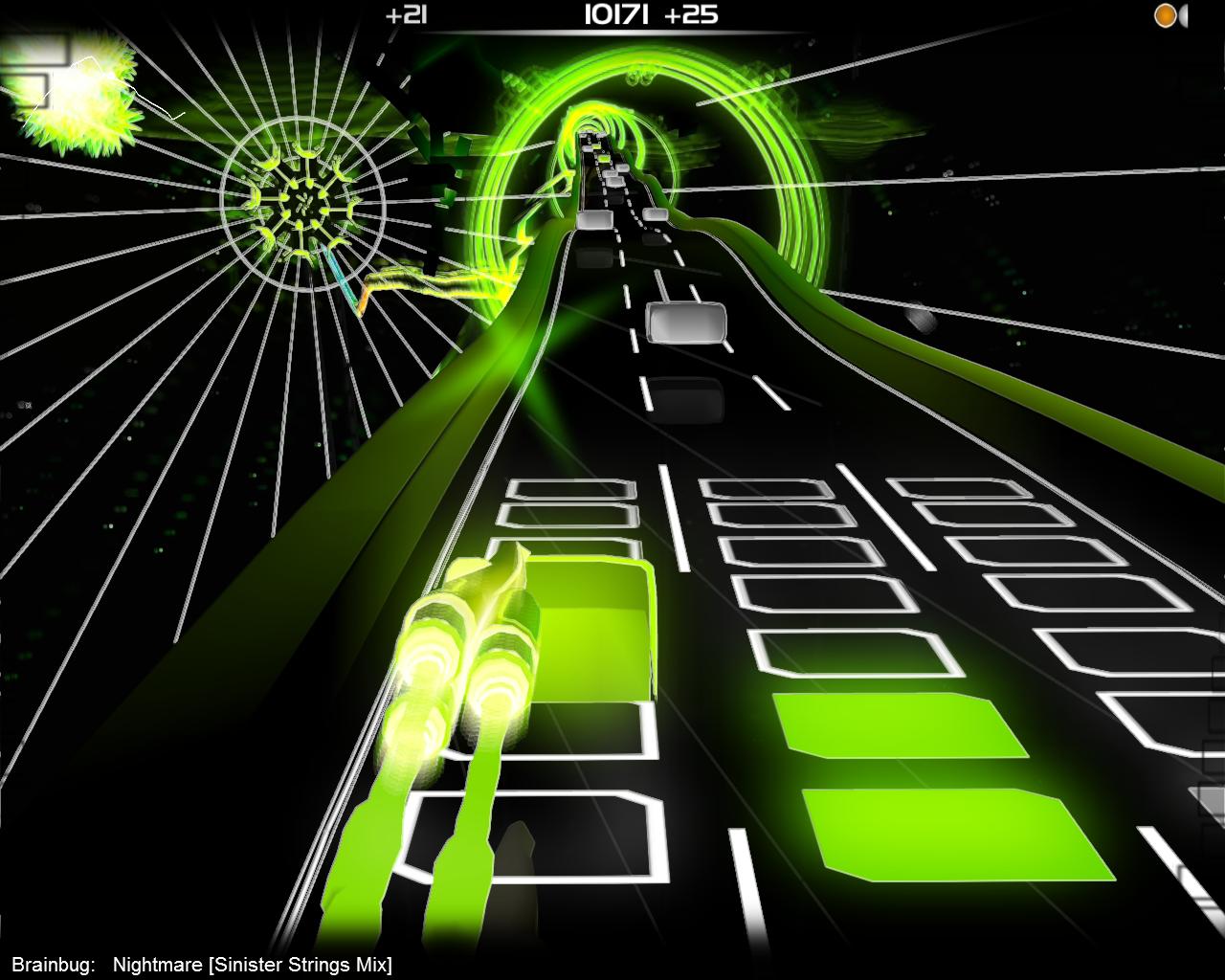 This is only a brief and fleeting glance at Audiosurf. There are far more modes of play, global scoreboards, and much much more. Believe me, this game is WORTH the ten bucks.