Last weekend I had just received all the parts to complete what I felt was a pretty exiting build. With the primary goal of low power consumption and secondary goal of fits-in-my-house, I chose MSI’s new “Nettop” barebone:

Okay, so now for some pictures:

Here we see that the machine is quite an exercise in minimalism. 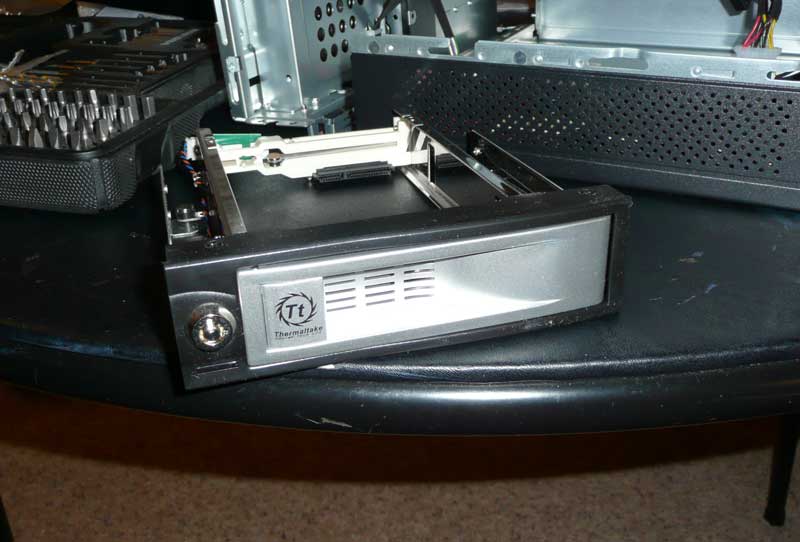 Rather than waste what few bay expansion options I had, I opted to install this SATA hot-swap bay in place of a seldom-used CD drive for future storage/backup needs!

Here is a shot of the front of the "mini-server" after the SATA bay was installed. Note the presence of the multi-card reader...

So far, I’ve been quite pleased with how the build went—there were a couple of snags when I set out to install the OS from a USB stick, my advice: just plunk down the cash for an external CD drive and save yourself the grief.

Operating between 30-40 watts, the Nettop platform sucks far less electricity from the wall than my daily PC (which idles at around 150 watts!), the Intel Atom has some serious “green” cred. (sorry Brian, I couldn’t avoid using the preppy word