Being a Night Elf in World of Warcraft had its disadvantages in the first half of Azeroth’s mmo history. Firstly, you were part of the Alliance faction, which meant winning Battle Grounds was an extreme rarity. Secondly, you started out questing in one of the most remote corners of the world, being cut off from both mainlands, and having a virtual ghost town for a Capital City. Thirdly, you were the largest Alliance race, meaning you couldn’t ride, in my opinion, the coolest mount the Alliance had to offer: The gnome-built Mechanostrider. If you tried to buy one, the vendor would chuckle and point out your size, telling you that you would surely crush the delicate mechanics of their metallic bird.

Although the first two issues still exist after two expansions, the last one was lifted in Patch 3.0.8 . (http://www.wowhead.com/?patchnotes=3.0.8-ptr)

After this news, I jumped for joy and ran headlong into the battlegrounds to earn marks of honor for the Black Battlestrider. Mind you, the first problem mentioned was, and of course still is, in effect. I probably spent ten times longer earning those marks than ANY Horde player in WoW. By stroke of luck, my last battle was one in which the Alliance swept Warsong Gulch in a three-to-zero victory over our opponents.

I went to the war-mount dealership and purchased a fully stocked, 0% APR financed Battlestrider with no interest till 2011! 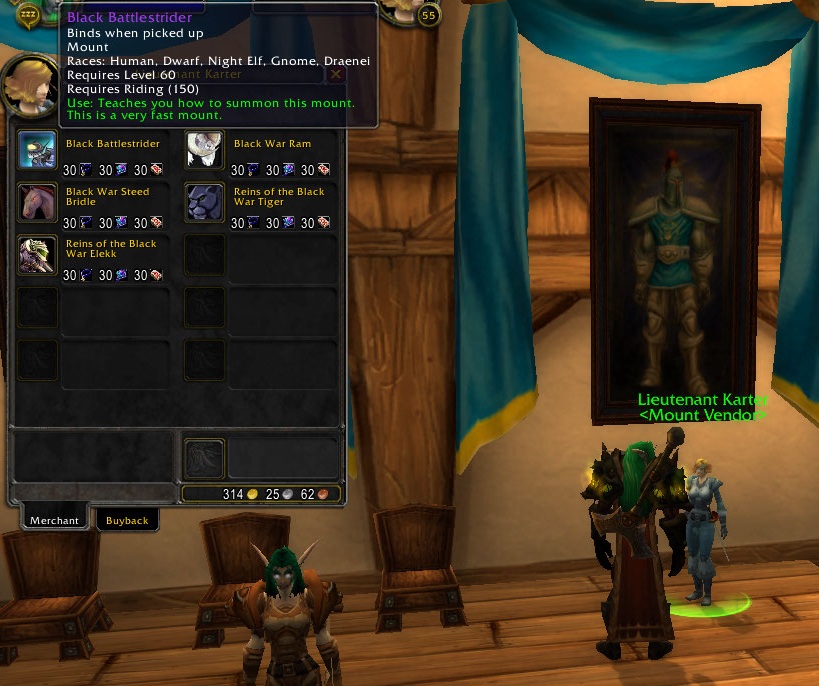 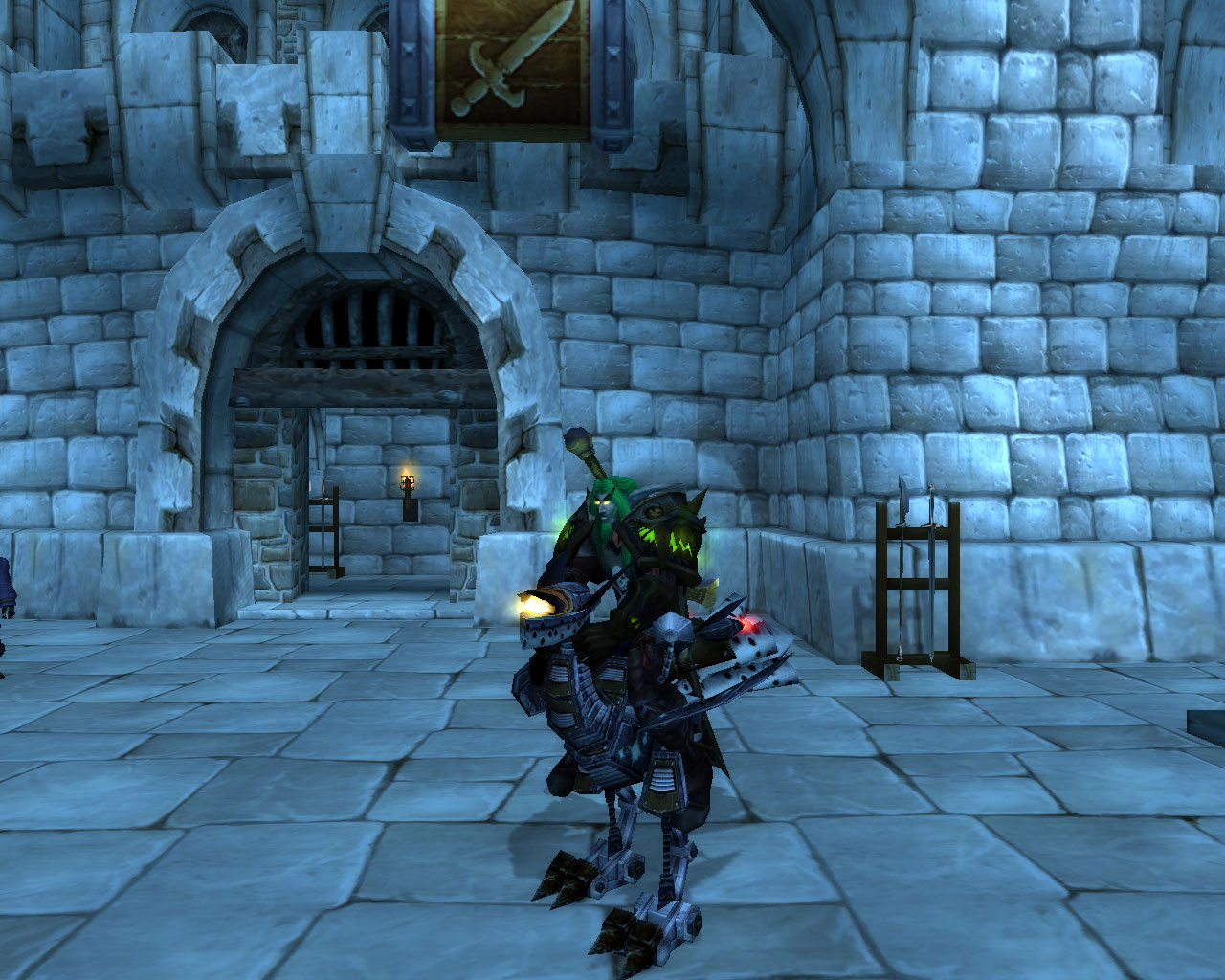 Although I can’t go around corners faster than five mph without rolling the thing, I’m still damn happy with it!